Sometimes, a Criminal Defense Attorney is hired to defend a client not only against the original offense charge but an additional charge of resisting arrest. Depending on how the client is accused of behaving, that additional charge may actually be more serious than the reason the person was being arrested in the first place. The charge can even rise to the felony level if the individual behaved violently toward police officers.

A Criminal Defense Attorney may begin by investigating whether the arrest was lawful or the individual was exercising a right of self-protection. For example, if a police officer behaved violently toward the person without justifiable provocation, this may be viewed as an inappropriate arrest. For example, striking a person who cursed at the officer is unacceptable during an arrest. Also, the individual may have been acting in self-defense if an officer used excessive force. A police officer may have attempted to enter the person’s home without a warrant, leading to the individual behaving in a self-protective manner.

A charge of resisting arrest is generally not valid if the individual was only rude or verbally obnoxious. Swearing at an officer does not constitute resistance. Whether or not this type of behavior was annoying to the police officer is irrelevant. However, verbal threats to an officer may be considered resistance.

What behaviors are most difficult to defend in regard to resisting arrest? If the individual hit or attempted to hit a police officer, threatened the officer with a weapon of some sort, or attempted to flee, these behaviors are relatively clear cut. A lawyer may need to negotiate a plea deal with the prosecution to minimize any penalties associated with the charge.

In all these situations, lawyers from a firm such as Addair Thurston, Attorneys at Law, will likely need to do some investigation of their own to determine what actually happened. They will search for and interview witnesses who can verify the client’s description of events. That evidence can be presented to the district attorney with a request to have the charge dropped. Please visit the website to learn more about this particular organization. You can also follow them on Twitter for more information. 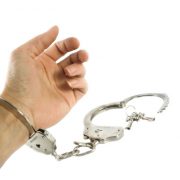 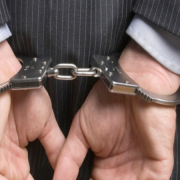