The most commonly used DUI evidence is a breath or blood test result. Such results are obtained when a police officer asks a driver to take a breathalyzer test, or when the driver is taken to the police station for a blood draw. Blood tests provide more solid evidence, while breath tests are more flawed. There are many myths on beating the breathalyzer and avoiding DUI, and it’s important to know the facts if one decides to hire a West Virginia DUI Lawyer. By learning the truth behind the myths below, one can work with a DUI defense lawyer in Charleston to develop a good defense.

This myth may sound silly at first, but the reality is that many commercially-available mouthwashes contain sufficient alcohol to provide a false reading on a breath analysis. The same applies to some prescription medications, and drivers should learn how their medicines interact with alcohol before taking them. In most instances, it’s not advisable to mix prescriptions with alcohol, but it helps to know ahead of time.

Having only a certain amount of alcohol per hour, counting one’s drinks, or stopping at a set time before getting behind the wheel typically doesn’t have the impact one may want. While it’s good to practice moderation when drinking, pacing oneself isn’t a surefire way to beat a breathalyzer or to lower BAC enough to be regarded as legally sober. Just as drink counting doesn’t work, eating while drinking is not a guaranteed way to avoid a DUI charge.

There are multiple misconceptions on DUI, and the reason they are untrue is because everyone’s chemical and physical composition is unique. There is no one way to beat DUI charges, and relying on urban legends is ineffective because of the many factors at play. For instance, a person’s size or weight can affect their rate of absorption, as can their gender. That doesn’t mean a person lacks a defense if they face charges, but they should work with an attorney to determine which defense they should offer. To learn which strategy will work best for the case, the client should consult a DUI Defense Lawyer in Charleston for legal advice. 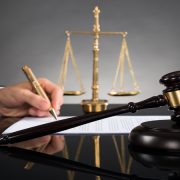 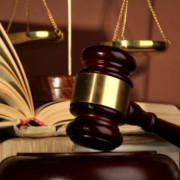